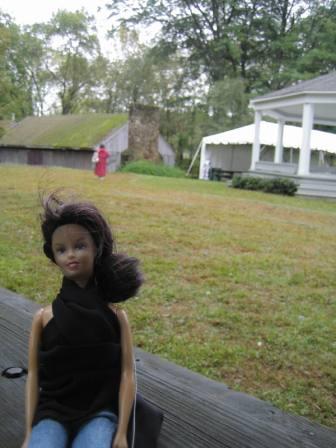 Out of the big city at last! Marno takes in the sestina-soaked serenity of the Dodge Poetry Festival.

Marno walks the grounds of historic Waterloo Village and wonders, shouldn't there be a Tavern around here somewhere? 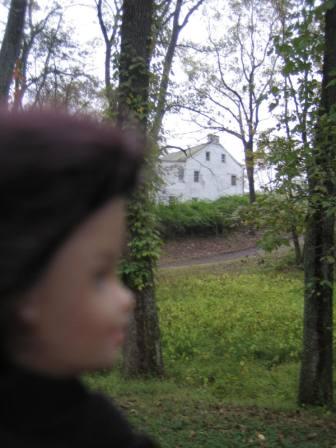 Aha! The ol' Tow Path Tavern! All this atmosphere is makin' me parched! 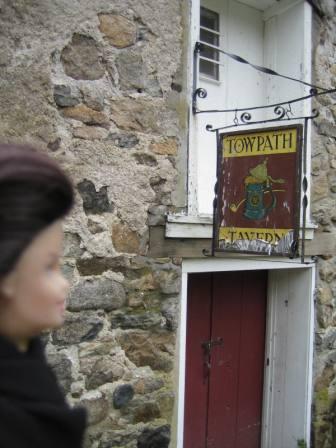 Bollocks! Closed for renovations. Marno peers into the window of the Tavern and spots a bottle of brew from another time...too bad Bindi couldn't make it. No one loves shabby chic more than Bin! 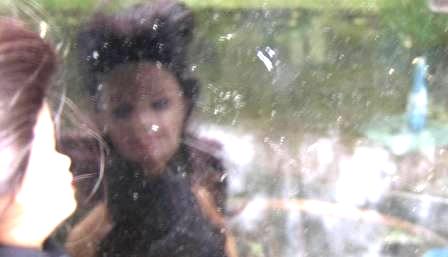 Hey! It's Sharon Olds signing books after an inspiring discussion on the craft of poetry.

Her advice? Get rid of half the adjectives and a third of the self-pity. Also watch for words that take control of the music of a poem...they will want to reproduce themselves throughout the stanzas. 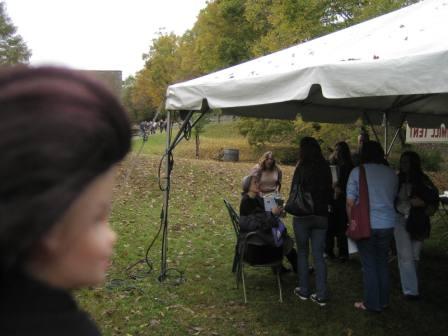 Marno is off to the Main Tent where all her fave poets will read...

She arrives early to get a good seat...a few morons left their cellies on, but otherwise a perfect night! 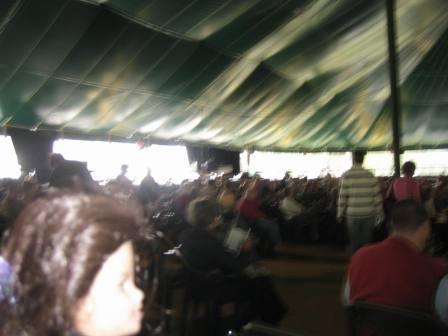 I found a few new fave poets! One of them, Forrest Gander, read from his latest book. 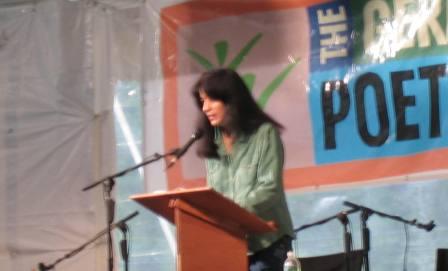 In keeping with the animal-spirit theme explored in Familiars, Marno attends a discussion on Poetry and Animals with Maxine Kumin (not shown), Mark Doty (another new fave!), Joy Harjo and former Poet Laureate Billy Collins. 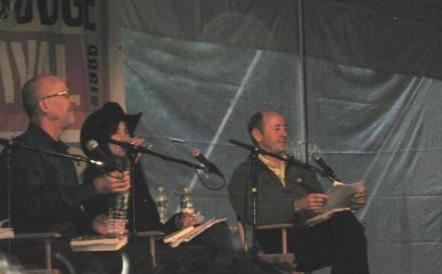 Showtime! Marno bellies up to the podium to read selected poems from Familiars: 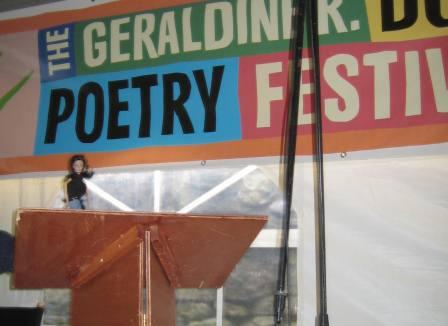 Though it threatened rain all weekend, it didn't start to really pour until the last hour of the whole festival! We strained to hear Billy Collins as rain pelted the enormous Main Tent but no one budged!

Validations From Society May Not Come. Believe In Yourself and Win.